The Government has now announced its intention to proceed with the introduction of a bill to establish a farm debt mediation scheme, based in many respects on comparable New South Wales legislation.  It is important for secured lenders to farming enterprises to consider in advance the implications of the bill and the necessary changes to product design, documentation, client relationship management and enforcement processes which may be required.

The scheme is intended to provide for fair, equitable and timely resolution of farm debt issues with two key objectives:

In particular, parties will be required to engage in (or attempt to engage in) statutory mediation under the scheme before the creditor can take enforcement action in relation to farm property.  Secured creditors and farmers are not required to reach agreement through mediation – if agreement cannot be reached, a secured creditor will be able to apply for an enforcement certificate from Ministry of Primary Industries (MPI) in order to proceed with enforcement action, provided that the secured creditor acted in good faith during the mediation.  We expect that MPI will place considerable reliance on the report provided by the mediator, in determining whether the secured creditor acted in good faith.

The scheme will be administered by MPI, who will be responsible for issuing enforcement and prohibition certificates, and for overseeing approved mediator organisations (who will in turn supervise authorised farm debt mediators).

The key features of the scheme are summarised in the schedule attached to this note.

Notwithstanding the focus on bank lending to dairy farms in recent media reports in connection with the bill, it is important to note that the application of the scheme is not so narrowly confined.  As drafted, the scheme will broadly apply to farming operations engaged in agriculture, horticulture and aquaculture (and associated primary production), and may be further expanded in the future by regulation (for example, to include forestry).  The scheme will capture secured non-bank lenders and farm equipment financiers, but will not apply to unsecured creditors (including trade creditors and the IRD).  Enforcement of security given by guarantors in relation to farm debt will also be subject to the scheme.

There are aspects of the bill which we consider could be improved upon during the Select Committee process:

At a documentation level, lenders will need to review and consider what changes may be necessary for their agri-loan exposures, taking into account the additional time and processes that will be required before enforcement action can be commenced.  The mediation process stands the best chance of producing an effective restructuring outcome if it is commenced well in advance, rather than left to a point in time where the farmer is hopelessly insolvent and enforcement is a foregone conclusion.  Accordingly, as creditors may only initiate mediation following a default, financial covenants and other 'early warning' triggers should be reviewed with a view to ensuring that they are set at a level which will allow time for the mediation process to be conducted.  Grace or standstill periods should also take account of the likely time periods involved in the mediation process, particularly if the scheme, when enacted, requires Property Law Act notices to be issued after (rather than alongside) the mediation process.

The bill will apply to all farm debt, including existing farm debt at the time of establishment of the mediation scheme.  The restriction on enforcement action will not apply where the action was commenced prior to the restrictions coming into force.

MPI have indicated that the bill is expected to become law by the end of the year, with the mediation scheme to be available from 1 October 2020.  There will be an opportunity to make submissions on the bill during the Select Committee stage.

Scope:  The scheme applies to debt (farm debt) incurred solely or principally for the purpose of conducting, and to security (farm security) in property used in connection with, a business undertaking primarily involved in agriculture (including sharemilking), horticulture or aquaculture (or an activity involving primary production in connection with any of those activities).

Moratorium on enforcement:  A creditor cannot take enforcement action (including service of Property Law Act notices, appointment of a receiver or exercising a power of sale) in relation to farm property unless:

Enforcement and prohibition certificates are issued depending on the outcome of the mediation process (see below).

The moratorium on enforcement does not however apply where:

Mediation process:  Once an invitation to mediate is accepted, the creditor must agree to one of three authorised mediators nominated by the farmer.  Costs are to be shared equally unless otherwise agreed (provided that the farmer cannot be responsible for more than half of the costs).

Once a mediator is appointed, the parties and the mediator are required to enter into a procedure agreement, relating to the processes under which the mediation will be conducted.  The parties are obliged to participate in the mediation in good faith.  A failure by a creditor to agree to reduce, forgive or vary the terms of its debt does not of itself demonstrate a lack of good faith. 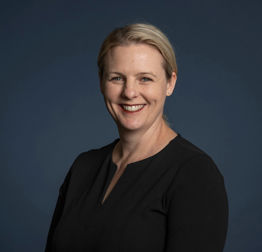 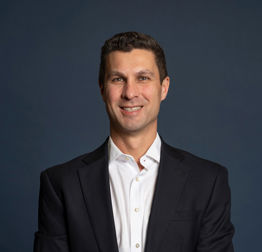