The Contractual Remedies Act 1979 (the "Act") provides rules governing the cancellation of contracts. Section 7 of the Act outlines situations in which a party may cancel a contract, including for breach, and section 8 goes on to provide that so far as the contract remains unperformed at the time of cancellation, no party shall be obliged or entitled to perform it further

So which clauses survive a termination?

In some but not all contracts, the document makes this clear with an express "survival" provision.

Because termination only brings unperformed obligations to an end, any obligations or rights which accrued prior to termination will remain.  Thus in Brown v Langwoods Photo Stores Ltd the Court of Appeal affirmed that whenever a contract is cancelled under the Act, all rights based on prior breach or performance will survive.

Two accrued obligations that are most commonly recognised by the courts as surviving termination are:

Other clauses commonly recognised as surviving termination of a contract include limitation of liability clauses, arbitration clauses and (potentially) indemnity clauses.

Limitation of liability clauses and arbitration clauses are recognised as continuing contractual obligations after termination, as affirmed by the House of Lords in Photo Production Ltd v Securicor.  In this case Lord Diplock noted that cancellation will only terminate the primary contractual obligations (the parties undertakings), but not secondary obligations (clauses that are conditional on one of the parties breaching their undertakings).  This is because secondary obligations arise at the time the contract is entered into and so continue unaffected after termination.

What about indemnity clauses within contracts?

Whether an indemnity clause within a contract would be treated as a primary or secondary obligation is more uncertain.  An analysis of Photo Productions suggests that secondary clauses are only those that are triggered as a result of the breach of contract.  Accordingly indemnity clauses would not be considered secondary obligations since their operation is not reliant on a party defaulting under the contract itself.

An indemnity contract (or clause in this context) usually gives rise to a primary liability on one party to pay the other party for loss suffered after the occurrence of a certain event.  Therefore if the relevant event occurs before the contract is terminated, the indemnity clause is usually considered an enduring provision and one party is still obligated to indemnify the other even after termination of the contract.  If the event occurs after the breach and termination of the contract then the indemnity clause is not enduring and any rights one party had to be indemnified for a loss would normally cease to exist along with the other primary obligations in the contract.

The importance of the parties intentions

The extent of discharge of provisions is of course always dependent on the intention of the parties to the contract.  The importance of the parties' intentions is reflected by the fact that substantive clauses (such as restraint of trade and confidentiality clauses) are often drafted in a manner that clarifies that they survive a termination of a contract.

Therefore, if a contract contains an express provision that excludes all indemnity rights upon breach and subsequent termination of the contract, the expressed intention of the parties will govern and the indemnity will be excluded.  However, if no such provision was contained in the contract, based on the reasoning above an indemnity should generally remain enforceable after termination, for any events prior to the termination date.

Does the defaulting party have any rights after termination?

The fact that a party to a contract has committed a breach does not deprive them of all rights arising from the contract.

A defaulting party can also recover sums paid, but the ability to recover monies paid will depend on the terms of the contract, and the nature of the sum paid.  More particularly, whilst a deposit is not usually recoverable by a defaulting party, an instalment payment will be recoverable where it is treated as being paid conditionally, upon completion or performance of the contract. 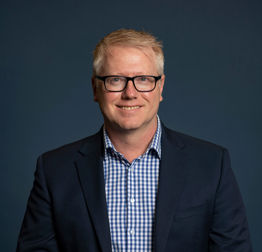