New Zealand is a step closer to becoming Smokefree by 2025 with the enactment of the Smokefree Environments and Regulated Products (Smoked Tobacco) Amendment Act this week.

The Amendment Act amends the Smokefree Environments and Regulated Products Act 1990 and introduces major reforms that seek to reduce the availability of smoked tobacco products, reduce disparities in smoking rates and smoking related illnesses between New Zealand population groups, and prevent young people and future generations from ever taking up smoking.

Three key reforms in the Amendment Act are:

From 1 July 2024, no person will be able to sell smoked tobacco products unless they are approved by the Director-General of Health to be a smoked tobacco retailer.  Contraventions of this strict liability offence without reasonable excuse could result in a maximum fine of NZ$400,000.

The Amendment Act introduces a cap of 600 retail premises.  By comparison, currently there are estimated to be 6,000 retailers that sell smoked tobacco products.  The Director-General must consider whether to:

The new cap on the number of retail premises raises the question of how the 6,000 current retailers will be reduced down to 600 retail premises.  The Amendment Act addresses this by:

From 1 April 2025, the sale, manufacture, import, or supply of smoked tobacco products with a nicotine level of more than 0.8mg/g will be prohibited.  The purpose of this prohibition is to reduce the appeal and addictiveness of smoked tobacco products (currently per cigarette there is approximately 10-15mg of nicotine).  Failure to comply with this prohibition will be an offence that carries a maximum fine of NZ$400,000.  Further limits and prohibitions are also able to be imposed down the track.

Every manufacturer and importer of smoked tobacco products must conduct tests in accordance with any applicable regulations to ensure that their products comply with this limit.  Failure to do so will be an offence that carries a maximum fine of NZ$10,000.

3. Prohibition on the sale of smoked tobacco products to the smokefree generation

There is more work to be done to implement these reforms, including the development of a range of regulations, and various formal decisions will have to be made by the Director-General.

The much anticipated Therapeutic Products Bill was introduced to Parliament on 30 November 2022.  The Bill will replace the significan…

While we've all been hoping that COVID-19 would take the summer off, it's looking increasingly likely that there will be an unwelcome… 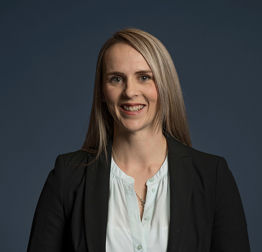