Too offensive to be a trade mark?

Last week the internet was ablaze over Kim Kardashian West's announcement that she would shortly be launching her 'take on shapewear and solutions for women' under the brand 'Kimono'.  A corresponding application to trade mark the word KIMONO (in a stylised 'bubble' font) for a variety of garments and accessories was filed with the US Patent and Trademark Office (USPTO).

Following widespread allegations of cultural insensitivity and appropriation, the social media #KimOhNO campaign and even a letter from the mayor of Kyoto asking that she "reconsider your decision of using the name Kimono in your trademark", Kardashian-West announced yesterday that she will be changing the name of the shapewear brand.  In this instance, public pressure led to the voluntary withdrawal of a trade mark that caused offence.  But where brand-owners stand firm, what ability does trade mark law have to keep 'offensive' names off the Register?

Here in New Zealand, the Trade Marks Act prevents registration of marks which would, in the opinion of the Commissioner of Trade Marks, be likely to offend a significant section of the community, including Māori.

The Intellectual Property Office of New Zealand (IPONZ) provides a number of guidelines to be followed by trade mark examiners when determining offensiveness.  They provide (amongst other things) that:

IPONZ decisions on offensiveness are seldom the subject of contested hearings.  Perhaps the best known example in New Zealand dates back to 2001, when Red Bull's application to register 'bullshit' as a trade mark was rejected.  This decision was upheld notwithstanding the company's argument that it was no more offensive than 'bugger', which was successfully registered by a third party in 1999.

As to cultural offensiveness, the Trade Marks Act requires applications to register Māori signs (including words), with very limited exceptions, to be forwarded to the Māori advisory committee for advice whether the mark is likely to be offensive to Māori.  By way of example, the IPONZ guidance on Māori trade marks points out that, as Māori consider 'rangatira (chief)' to be tapu and 'food' to be noa, a mark combining the two elements may be considered culturally offensive and inappropriate to a significant number of Māori.  According to IPONZ, in 2018, the number of applications found to be offensive to Māori was 11%.

To date, there do not appear to have been any IPONZ hearings involving marks alleged to be offensive to cultures other than Māori, although the legislation provides scope for objections to be raised on such grounds.

Meanwhile, in the homeland of the shapewear formerly known as KIMONO, the US Supreme Court last week ruled that a federal ban on registration of immoral or scandalous trade marks violates the First Amendment right to free speech.  The decision was the result of a challenge by designer Erik Brunetti to the USPTO's refusal to register FUCT as a trade mark.  Following this decision, those falling foul of New Zealand's offensiveness test may have better luck protecting their brand in the USA.

John Glengarry, partner at Buddle Findlay, discusses taking your brand overseas on the NBR Radio.  It's trite that doing business over…

Sending your brand out in advance 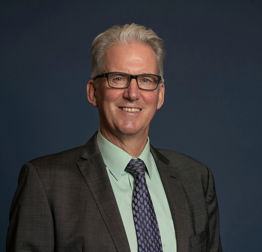 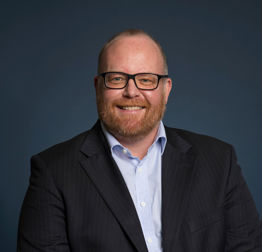