The United Kingdom (UK) is revising the laws that apply to Government agencies' procurements.  While the UK's proposed approach has similarities to New Zealand, there are also significant differences.  One which is likely to be of interest to agencies here is the UK's proposed transparency and information sharing requirements, which are more extensive than in New Zealand.

The current UK procurement laws are based on EU directives.  As the UK left the EU in 2020, the UK is revamping its laws to be simpler and to focus on its own interests.

The proposed new laws, which have been the subject of extensive public consultation, are expected to be introduced into the UK Parliament this year and come into force in 2023.  We will not summarise the entire proposal, but will focus on just the key changes and how they compare to New Zealand.  The UK materials can be found here.

The proposed UK laws are intended to enshrine the following principles of public procurement - the public good, value for money, transparency, integrity, fair treatment of suppliers and non-discrimination.

The value for money consideration in the UK will include an assessment of the "economic, social and environmental value" of the procurement.

The assessment of social and environmental value has similarity to New Zealand's "broader outcomes" requirements, where Government agencies must consider how their procurements can be used to achieve specific social policy outcomes set by Cabinet, such as improving conditions for New Zealand workers.  In the UK, the specific social and environmental values to be taken into account have not yet been proposed and will be set by Ministerial directive.

There is currently very limited scope for negotiation during most processes.  For example, respondents must submit proposals that closely align to the solution requested in the tender, without the option of proposing innovative solutions that the tendering agency may not have considered or been aware of.  The two most common processes do not allow any negotiation prior to final selection.  The consultation papers note that between 2016 and 2018 the four processes that allow negotiation prior to selection accounted for less than 10% of all tenders.

The new legislation proposes to scrap these regulated processes and allow agencies to design their own processes in most situations, as it is in New Zealand.

Concerns were raised that additional flexibility will mean additional complexity, as each agency will need to design a process for each procurement, rather than following the standard processes.  The UK Government intends to release guidance and standard documents, as MBIE has done in New Zealand, so we expect that standard processes will continue be used for the majority of tenders.

It also bears remembering that, even with this additional flexibility, UK procurement decisions will remain much more open to legal challenge than in New Zealand.  It seems likely that this will be a factor in how freely the permitted flexibility is exercised by agencies in the UK.

The UK proposes to require more transparency of contractual information than in New Zealand.  This includes requiring agencies to use the Open Contracting Data Standard to facilitate information sharing.

The current UK approach includes past poor performance as a discretionary exclusion ground, however this is restricted to situations where the poor performance led to termination of the contract, damages or another sanction.  The proposed changes will lower the threshold, enabling agencies to exclude a supplier where the supplier has previously failed to remedy poor performance or breach in accordance with contractual measures put in place by an agency.

Given the confidentiality obligations in most commercial contracts, in New Zealand it may be hard to know whether such a situation existed, as one agency may not be able to tell another about previous failures to remedy poor performance.  As noted above, the UK has proposed to introduce a requirement on agencies to monitor and publish performance against KPIs, which would allow UK agencies to check the past performance of respondents in the tender process.

Setting meaningful and easily measurable KPIs for some types of contracts may be challenging.  Publication of performance against such KPIs may also lead to disputes where a supplier does not agree with the agency's assessment, particularly where it is published and considered by other agencies for future tenders.

We will continue to monitor the proposed legislation's passage through the UK Parliament, and provide updates as they become available.

Cookies of the digital variety are increasingly prevalent, with most websites using some form of cookies to track and process informat… 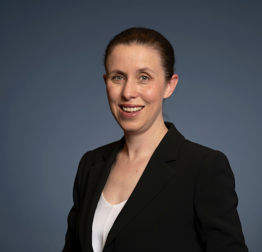