The Employment Court – three judges sitting as a Full Court – recently issued a decision on two key holiday pay issues involving Metropolitan Glass.[1]  The most far-reaching of those addresses the application of holiday pay to so-called ‘discretionary payments’, such as bonuses.

The Court found that a bonus that was expressed to be discretionary was not, so had to be factored into the employees’ holiday pay.  We haven’t seen all of the evidence, but have a different view to the Court.

The second issue concerned the payment of employees during ‘closedown periods’, which we also question.

The Holidays Act requires “productivity or incentive-based payments” to be taken into account when calculating holiday pay.  There are exceptions.  Relevant here, holiday pay is not payable on “any payments that the employer is not bound, by the terms of the employee’s employment agreement, to pay the employee, for example any discretionary payments”.

In this case, Metropolitan Glass operated a short-term incentive (STI) scheme, which sat completely apart from the employees’ employment agreements.

The scheme set targets which, if met, could give rise to bonus payments based on a percentage of salary.  Metropolitan Glass was not ‘bound’ however to pay bonuses.  The scheme wording stated expressly that payment was “totally at the discretion of Metro’s Board... and there is no guarantee of payment even if the… performance targets are achieved”.  The other provisions of the scheme were consistent with this level of discretion.  There was no ambiguity.

The Full Court’s decision – not discretionary

The Court also found that the STI payments were not discretionary and were instead ‘productivity or incentive-based payments’, subject to holiday pay.  The Court kept its reasoning relatively brief, but appears to have reached this decision for the following reasons:

In essence, the Court gave what it saw as the statutory purpose precedence.

Fundamentally, however, Metropolitan Glass was not “bound, by the terms of the employee’s employment agreement” to pay an STI bonus to a given employee in a given year.  Further, if Parliament had intended only ‘truly gratuitous payments’ to be excluded, we think it would have used different wording when defining ‘discretionary payment’.

In our view, therefore, the plain wording of the Holidays Act reflected the statutory purpose, and the STI payments ought to have been recognised as ‘discretionary payments’.

Impact for other employers and employees

The Metropolitan Glass scheme is similar to that operated by many employers, and who have reserved a similar discretion - not to get around the Holidays Act, but so they can decide not to pay bonuses should they need or want to.  This year is a prime example of when such a discretion might be applied.

In establishing these schemes, employers have set targets, percentages and budgets in reliance on the express wording of the Holidays Act.  The Court’s decision means they may now be liable for (substantial) arrears of holiday pay, and need to revisit their schemes.

The Court also took the view that Metropolitan Glass’ treatment of annual holidays during closedown periods breached the Act.

Metropolitan Glass was allowing employees with no annual holiday entitlement to take leave in advance, rather than paying 8% of their gross earnings as at the closedown date.  The Court acknowledged that the law was “not entirely clear”, and gave Metropolitan Glass credit for its approach, but found that it had failed to pay employees correctly during closedown periods, when they did not have annual holidays owing.

The Court found that employees with no annual holiday entitlement must be paid 8% of their gross earnings as at the closedown date, and could agree to take holidays in advance in addition to that payment, and not, as Metropolitan Glass had done, as an alternative to that payment.

We question whether the Court applied the closedown provisions correctly.  The Holidays Act expressly provides that the obligation to pay 8% does not prevent an employer and employee from agreeing to annual holidays being taken in advance and paid in the usual way.  It appears to us to meet both the spirit and letter of the Act to view this as an alternative option, not an additional one.

Because every scheme is different and must be considered on its own merits, other employers will not automatically be bound by this decision, even though practically it may be highly influential.  Unless there is a need to make changes urgently, we recommend that employers in similar situations hold off making changes until at least the appeal deadline has passed on 12 May, and that they consider their options carefully after that.  We are of course happy to assist.

COVID-19: Life after lockdown – important information for businesses ahead of Alert Level 3

The message is clear – stay home, save lives.  For many, the Prime Minister's announcement that New Zealand will be moving to Alert Le…

Unprecedented times - How good faith, reasonableness and common sense get you through

Whatever the publication or forum, it seems that every article I’ve read about the coronavirus or the disease it causes, COVID - 19, d…

As with all things, there is an upside and a downside.  This is no different for the newest category of businesses in New Zealand – th… 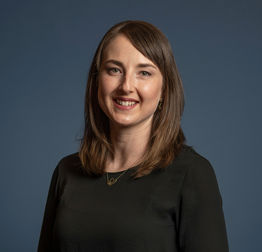 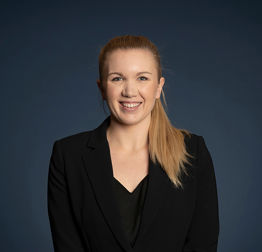