Demystifying the discussion about tax and infrastructure

A number of commentators have raised the alarm that not only is New Zealand's infrastructure insufficient for future needs, it does not sufficiently accommodate the country's present needs.  Fortunately, it appears that the nationwide deficiency is finally getting attention and airtime from the media and politicians alike.

As demand for action on infrastructure grows, so too have calls for the tax system to be reformed.  The calls are generally two pronged in nature - that tax should not be a barrier to infrastructure investment, and instead that it becomes an active contributor to infrastructure activity.  The requests for reform reflect the fact that there is limited funding (particularly government funding) for infrastructure projects.  Even with the Labour Party's recent promise to implement a $12b Infrastructure Fund, the concern remains that many projects may still be on the sidelines for want of the necessary capital.  It is against this sector background that tax reform (and specifically the type that encourages investment) is being considered.

Discussion on tax reform is often shrouded in technical terms and jargon or addressed in detailed official documentation and submissions to government departments.  This makes infrastructure related tax reform an area that appears impenetrable to many New Zealanders, and it remains the sole domain of industry experts and tax specialists.

As both infrastructure and tax are matters that affect us all, this article seeks to demystify the tax reform issues so that everyone who is interested can follow and participate – and not just the tax or industry experts.

The term "infrastructure" itself is ambiguous.  So, the first step is to put parameters around exactly what the activity is that we are hoping to encourage by reforming our tax system.

When asked about infrastructure, most people turn their minds to roads, railways, schools and hospitals.  However, the infrastructure sector is much broader than this.  It arguably includes any project that involves the creation or extension of an asset that provides goods or services over a long period of time.  Data transmission and storage networks are a good illustration of the type of projects that now come within the infrastructure umbrella.

Common hallmarks of infrastructure projects are that they are often large in scale, require significant upfront financial investment and usually deliver a financial return only over the long term with financial losses in the initial years.  The lifespan of these projects can also mean that ownership of the assets can change even before any profit is generated.

The general tax rules were not designed with infrastructure projects and their more unusual lifecycle in mind, and as a result often the application of our general tax laws to infrastructure projects results in harsh, unintended or unexpected consequences.  Tax rules that were developed for businesses that each year produce income that exceeds expenditure (or possibly have a loss in one year that is offset by gains in the next year) are often found to be inappropriate for infrastructure projects which can have significant gaps between the year in which expenditure is incurred and the year in which the generation of income occurs (which may not be for a number of years or even decades).

Equally, the very significant funding demands to get an infrastructure project through to completion can result in many different sources of capital being marshalled and the composition of that funding (and the indemnity of those funding providers) may change over time with the ability of various funders to stay the course.  A tax system such as ours that is underpinned by an expectation that businesses will be owned by a limited number of shareholders who will remain involved and require only modest levels of debt funding is simply not tailored for the needs of the infrastructure sector.

No one would expect a family car, no matter its refinements or how many gadgets and settings it may have, to be useful for hauling heavy freight.  The analogy with our current tax system and infrastructure is the same – a tax system that works well for the majority of businesses is not necessarily appropriate for businesses that by their very nature are inherently different.  For that, special tax rules (or possibly a special tax system) are needed.

However, merely pointing out that the current system is not 'fit for purpose' does not move the discourse forward in a way that makes it accessible to all New Zealanders.

Instead of focusing on each proposed reform, we believe that a useful starting point is to develop a categorisation for the reforms that are under discussion – a 'cheat sheet'.  This should make it easier to place each of the proposed reforms that arise in the following months and years into a category thereby providing some context of what is being discussed.

In our view there are three broad categories of infrastructure-related tax reforms:

The first category covers any proposal that the tax system should be used to fund infrastructure projects.

These proposals are often the easiest to identify as they all involve the imposition of a dedicated tax, levy, charge or surcharge, with the resulting funds then being tagged (either expressly or implicitly) for funding infrastructure projects.  There are already several examples in this category that will be familiar to most.  One example is road user taxes, which have long been part of our taxation base and while those funds are placed into the consolidated fund from which all Government expenditure is paid, in the minds of many this is a dedicated tax to be used to pay for our roading system.  Other examples include the Auckland Regional Fuel Tax (to fund transport projects in the Auckland region) and the introduction of a levy on homeowners in the Milldale Development in Auckland (for infrastructure projects in the development and local area).

New taxes will always be politically sensitive, as the capital gains discussion has illustrated in recent years, but are arguably more palatable when taxpayers know (or at least believe) that the funds will go directly towards the funding of infrastructure to be used for future generations.  We expect this reform category to continue to be an active area of discussion.

The second category contains any proposals that are designed to encourage investors to place their funds into infrastructure, instead of an alternative investment opportunity.

Some of these proposals are easy to identify (such as when a call is made for infrastructure investments to be given a special or concessionary tax rate).  But there are also proposals in this category that are more subtle in the way they seek to incentivise private investment – and so these can be harder to identify.  For example, calls to have infrastructure assets depreciated at faster rates than might otherwise be expected can provide a tax benefit to the investors that may enhance the return that they receive from the investment, thereby making it relatively more attractive than an equivalent non-infrastructure investment.

When the proposed use of tax incentives is raised there will naturally be questions about the fairness of such incentives and policy makers must carefully consider the appropriateness of the use of any special tax incentives.

The third and final category is the largest and most technically challenging to follow.

It includes a host of proposed reforms that have no commonality other than they all focus on some part of the existing tax regime that is not fit for purpose for infrastructure investment and seek to amend that rule so that it does not disincentivise infrastructure investors.  Examples include:

Of course, these are but two examples where the assertion made is that the existing rules are like a family car - good for most people and most situations - but in need of significant modification to cope with the special demands of infrastructure investments.

Whether the proposals in this category are acceptable or not depends on how much the policy makers genuinely prioritise infrastructure investment and are prepared to modify the rules that generally work well for most other sectors.  Those who push back against such reforms sometimes argue that special rules will distort economic activity and that the government is 'playing favourites' with the infrastructure industry.  While that may be an arguably valid repost to reforms that come within the first two categories, it misses the essential difference about reforms in this third and final category.  Reforms in this category do not benefit the infrastructure industry, rather they seek to smooth the hash edges of our existing tax system that otherwise inhibit and disincentivise infrastructure activity.

The use of technical terms and jargon in discussions about infrastructure related reforms to our tax system means it can be difficult for people who are not industry experts or politicians to participate in these conversations.  In our view, this is undesirable.  Infrastructure and the tax system affect us all and all New Zealanders should have the opportunity to engage in the discussion if they wish.

By categorising proposed reforms into three categories -  new sources of funding, incentives for infrastructure investors, and removing disincentives - we hope that the discussion will become easier to follow and will allow those that have an interest in this area of reform to more clearly articulate their position for, or against, individual proposals.

This article was written by Tony Wilkinson, Fiona Heiford and Maria Clezy for NBR (November 2020).

Approximately NZ$35 billion flows through New Zealand's retail and wholesale payment systems each day.  To put this into context, New… 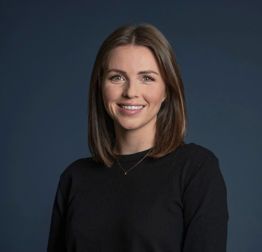 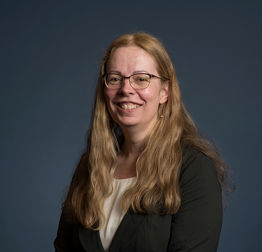