On 1 October 2020, the Reserve Bank of New Zealand (Reserve Bank) formally relaunched its review of the Insurance (Prudential Supervision) Act 2010 (IPSA) by publishing a relaunch paper, following an earlier announcement on 14 September 2020 that the Reserve Bank had decided to resume the review.

As of June 2022, the Reserve Bank has run three of five planned public consultations as part of the IPSA review.  We set out more information on the three completed consultations below.

The purpose of the ISS is to provide an interim standard that will work effectively once insurers have adopted IFRS 17, until the final solvency standards are finalised.  We set out more information on the solvency standards and relevant consultations below.

We will regularly update this page with developments on the IPSA review.

If you would like advice in relation to the IPSA review, please contact a member of our financial services regulation team.

IPSA was enacted in 2010, providing the first comprehensive framework for the prudential regulation and supervision of entities carrying on insurance business in New Zealand.

In April 2016, the Reserve Bank released the Terms of Reference for a review of IPSA (IPSA Review), announcing its intention to review IPSA over 2016-2017.

The Reserve Bank stated that the legislative purpose of IPSA remained appropriate (maintaining a sound and efficient insurance sector and promoting public confidence in the insurance sector).  The aims of the IPSA Review included, amongst others, identifying opportunities to reduce administrative costs caused by the fragmentation of requirements across regulatory instruments, create tools to deal with a diversity of business models in the sector and ensure overseas based insurers were appropriately regulated.

The IPSA Review has been split into two phases:

On 30 March 2017, the Reserve Bank released an Issues Paper setting out the rationale of the IPSA Review, the intended process for the review and a range of potential issues identified.  On 13 April 2017, the Reserve Bank hosted stakeholder discussion forums in Auckland and Wellington to provide an opportunity for stakeholders to discuss the Issues Paper and the review in general.

In April 2016, the International Monetary Fund (IMF) announced that it would undertake a comprehensive review of New Zealand’s financial system as part of its Financial Sector Assessment Programme (FSAP).

In May 2017, IMF released its FSAP findings and report as well as individual FSAP reports on a variety of relevant topics and sectors, in particular a report on the insurance sector (the IMF Report).  The IMF Report is a detailed assessment of New Zealand’s regime, benchmarked against the 'Insurance Core Principles' issued by the International Association of Insurance Supervisors.

The Reserve Bank stated that it would consider the IMF Report as part of its IPSA Review.  The IMF Report on the insurance sector noted that the decision to regulate New Zealand's insurance sector was based on the recommendations of a working group established in 2005, partly in response to one of the recommendations from the 2003–2004 New Zealand FSAP.

For all documentation produced during Phase 1 of the IPSA Review, please see the Reserve Bank's IPSA Review page.

The feedback statement released by the Reserve Bank on 17 October 2017 set out an indicative timetable for Phase 2 of the IPSA Review, indicating an approximate 21 month period beginning in October 2017 and ending in mid-2019 before the Reserve Bank would be ready to publish a final 'Options Paper'.  This timetable included provision for three rounds of consultation.

However, following a prioritisation exercise, the Reserve Bank had initially suspended the review in April 2018 with the intention that the decision would be considered quarterly, and the review be resumed in due course.  The Reserve Bank relaunched the IPSA Review on 14 September 2020.

The Reserve Bank intended to release an initial overview policy paper in October 2020 and release subsequent consultation papers on various components of the review during 2021 to 2023.  The Reserve Bank envisages a staggered implementation of changes, from easily implementable operational changes to legislative changes.  The Reserve Bank's estimated completion date is 2024.

On 30 November 2020, the Reserve Bank published an initial, substantive consultation paper on the scope of IPSA and its treatment of overseas insurers.  Submissions closed on 18 February 2021.

This consultation paper was the first of five consultations on various aspects of New Zealand's insurance regulation.  The consultations have taken place between 2020-2023 with new legislation expected in 2023-2024.

The Reserve Bank also published an accompanying, non-technical summary of the consultation paper.

On 22 July 2021, the Reserve Bank published a public feedback statement on the November 2020 consultation paper on the scope of the IPSA and the treatment of overseas insurers, together with the Reserve Bank's responses to the public submissions received and a document containing full submissions.

On 31 August 2021, the Reserve Bank published a second, substantive consultation paper on a range of issues relating to policyholder security.  Submissions closed on 15 November 2021.

On 10 March 2022, the Reserve Bank published a third, substantive consultation paper on a range of issues relating to policyholder security.  Submissions closed on 20 May 2022.

The consultation paper contextualised the IPSA review, noting that:

The Reserve Bank seeks to "apply similar rules to each sector unless there are good reasons for different treatment" and notes that its "working assumption is that we should amend IPSA to align with the draft DTA and FMI legislation unless there are strong reasons not to".

The Reserve Bank also published an accompanying, non-technical summary of the consultation paper.

On 1 October 2020, the Reserve Bank also launched its review of solvency standards under the IPSA and published a launch paper on the principles intended to guide the review.  Submissions on the launch paper closed on 12 November 2020.

The Reserve Bank last consulted on the solvency standards in 2018, in response to the introduction of the accounting standard NZ IFRS 16.  The over-arching consideration for the review of solvency standards will be an assessment of the impact of the introduction of IFRS 17.  IFRS 17 is the new international financial reporting standard that, by 1 January 2023, will replace the existing IFRS 4 standards on accounting for insurance contracts.

On 22 July 2021, the Reserve Bank published a public feedback statement on the November 2020 consultation paper on the structure of the solvency standards and IFRS 17, together with the Reserve Bank's responses to the public submissions received and a document containing full submissions.

Stakeholders were asked to make submissions on the draft ISS in 2021, with submissions closing on 1 October 2021.  The ISS was initially intended to take effect in early 2022, with the final solvency standard expected to come into force in 2024.  However, in light of feedback it received during consultation, the Reserve Bank announced it has pushed back the indicative date that the ISS comes into force to 2025.

On 5 October 2021, the Reserve Bank announced that the implementation date of the ISS would be moved from early 2022 to 1 January 2023.  The date was moved to align with the date on which insurers would be expected to adopt IFRS 17.  The Reserve Bank stated that the change in date would also give it more time to address some of the more significant points raised in the consultation process.  At the same time, it gave insurers time to prepare their systems and processes.

On 1 March 2022, the Reserve Bank published a public feedback statement on the draft ISS and its quantitative impact, together with the Reserve Bank's responses to the public submissions received and a document containing all non-confidential submissions.

On 31 May 2022, the Reserve Bank published a 'review version' of the ISS which contains several amendments to the draft ISS published in July 2021.  The Reserve Bank notes that it is not conducting a full consultation on the review version of the ISS but it invites interested parties to comment on any technical or workability issues not previously identified.

The Reserve Bank also conducted a second quantitative impact assessment amongst insurers on a voluntary basis. Submissions for this assessment closed on 15 July 2022.

The ISS for 2023 will come into force on 1 January 2023, however it will be applied to licensed insurers through changes to their conditions of licence, with the intention that the ISS applies from the date that each insurer is required to begin their first annual reporting period under IFRS 17.  The Reserve Bank has stated that licensed insurers should assume that the ISS will apply at the relevant future dates for projecting solvency margins.

The Reserve Bank of New Zealand (RBNZ) is seeking feedback on draft legislation for a proposed Deposit Takers Bill (the Bill).  The Bi… 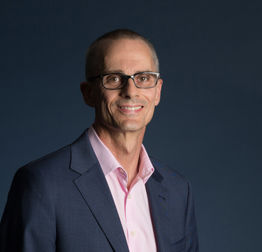