In our recent update on Green cartels we examined the potential application of New Zealand's competition laws to sustainable collaborations, as New Zealand endeavours to transition to a net zero emission economy.

In this update, we consider how another major piece of economic regulation, the Overseas Investment Act 2005 (the Act), could apply to renewable energy investments.

To set the scene, in October 2022 the Electricity Authority (the Authority) released a paper proposing a number of measures to aid investment in renewable generation and to constrain the exercise of market power to promote competition in the wholesale electricity market.  Entry and expansion by competitors were recognised as important factors.

However, among other concerns, the Authority also observed that the Act was rated by overseas developers of solar projects as the "greatest impediment to faster development".  The Authority encouraged the Overseas Investment Office (OIO) to publish specific guidance relating to renewable energy investments and consider establishing a "helpdesk" to support developers to navigate the regime.  It also observed that the Act provides for regulations to exempt certain types of transactions from the need to get consent.

The Overseas Investment Act is an easy target for concern, or complaint, by regulators and investors alike.  But in the context of renewable investments requiring OIO screening, to what extent is this really warranted?

At the core of the Act is the principle that it is a privilege for overseas persons to own sensitive New Zealand assets, including certain land and significant business assets.  The Act establishes a regulatory regime that requires overseas persons to obtain consent to acquire those sensitive assets, and gives the Government the power to screen certain transactions that do not require consent where national security and public order interests arise.  The consent regime is broad and agnostic as to what industry or sector an investment may be in.

The Act could be characterised as a barrier to investment (and the OECD has previously rated New Zealand's overseas investment regime as the seventh most restrictive out of 68 countries).  However, many jurisdictions have overseas investment controls, and it is ultimately a value based decision for each jurisdiction as to the appropriate level of restraint to be applied to foreign investment.

In our view, it is more appropriate to think of the Act as a hurdle for overseas investment, including in renewable energy - but one that is surmountable.  Sweeping statements that the Act has the effect of impeding investment gloss over the fact that any regulatory regime is intended to impose restrictions on conduct, and that (as illustrated by the Ministry of Business, Innovation and Employment's recently released discussion document concerning offshore wind developments) there will be other hurdles for investments.

However, that is not a complete answer where there are substantial policy imperatives to consider.

Rationale for legislative change or exemption?

It is right to say that removing or reducing the OIO hurdle would help facilitate the Government's goal of achieving 100 percent renewable energy by 2030.  However, the very arguments that might support an exemption or legislative change are exactly the kinds of arguments that would carry weight in an application for consent under the recently revised regime, which establishes seven "benefit factors" to assess the benefit of an overseas investment in sensitive land.  Those factors include:

It is evident renewable energy investments are in line with the Government's goals for renewable energy and climate change mitigation (speaking to the "advance significant government policy" factor) and would result in positive environmental effects (which would be relevant to the environmental benefits factor).  In addition, renewable energy developments also typically create jobs (although any jobs that would be lost must also be taken into account) and result in large amounts of expenditure, adding to the "economic benefits" factor.  In this sense, renewable energy investors are not disproportionately disadvantaged compared to any other investor.  The Authority's report noted that factors like economic benefits, benefits to the natural environment, and giving effect to/advancing significant government policy would "likely make it easier for large solar investments to be consistent with the [Act] and get approval to purchase land."

In our view, the existing framework of the Act gives the OIO sufficient flexibility to take renewable energy considerations, and the priorities of the Government, into account.  A recent example of this was where the OIO granted an exemption from the farmland advertising requirements (which require farmland to be offered on the open market before an agreement is entered into with an overseas person) for a solar farm development.  The OIO's rationale for granting the exemption included that the exemption was consistent with the principle that overseas investment should benefit New Zealand, "noting the high importance the government places on renewable energy."  This exemption is limited in scope, as it only exempts the overseas person from one part of the requirements under the Act for overseas investments.  However, it indicates that the OIO accepts that there is a case for renewable energy investments to be treated favourably, within the existing framework of the Act.

While the Act's processes can be costly and time consuming, it is consistent with the underlying principles of the Act that investors should bear those costs, by applying for, and being granted consent.  In addition, and as set out above, renewable energy investors have grounds for making compelling arguments to be granted consent (or limited exemptions), and such arguments are the same as those that would support a class exemption or legislative change - arguably meaning that neither is needed to enable this kind of investment to occur.

That said, this Government (and the previous Government) has shown a willingness to tinker with the Act in respect of specific industries and sectors.  Renewable energy industry groups may be interested in trying to bring that political heft to bear, as it has previously resulted in desired outcomes for the forestry sector, and groups that oppose water bottling.  But if industry groups were to do so, what options might be most likely to gain traction?

Parallels to the special forestry regime

The Act includes a streamlined "special test for forestry" under which the benefit to New Zealand test can be met.  In short, that test allows investors to acquire land for specified "forestry activities" using a checklist style approach.

Until recently, the special test for forestry pathway was able to be used for farm to forest conversions.  The Act required these investments to meet certain minimum requirements (such as the investor test, and that the land would or would likely be used for forestry activities) to ensure that some level of benefit was still secured for New Zealand.

There are clear parallels between forestry investors and renewable energy investors (particularly solar), as each are likely to use significant areas of land (such as farmland) to develop a meaningful commercial operation.

Although the scope of the Act is a policy decision, there are undoubted political ramifications - a class exemption or changes to the Act to create a "special test for renewable energy" could result in similar public concern - a recent solar farm proposal in the Wairarapa has generated public controversy for example, with residents concerned about the impacts of a large solar farm on the outskirts of Greytown.

We agree with the OIO's comments in the Authority's recent report that stated difficulties in applying for consents may relate to unfamiliarity with the regime.  As such, we do not consider that a knee-jerk reaction such as a class exemption, or the introduction of a "special test for renewable energy", is justified from a policy perspective.  However, if there is concern that developments may struggle to source future investment (to continue or to on-sell a development) due to the perceived strictness of the Act relating to the acquisition of sensitive land, there may be some benefit in adapting the current special test for forestry for existing renewable energy developments.  If there is a particular benefit for treating these developments as different, or more deserving of statutory recognition than others, this could provide longer term certainty for investors.

In any event, we encourage all possible overseas renewable energy developers to seek advice about future proposals.  Our specialist overseas investment team has vast experience in assisting with special forestry and benefit to New Zealand consent applications, as well as advising on bespoke exemptions, and would be happy to assist. 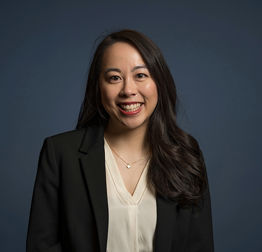