In February 2022, the Full Federal Court of Australia delivered a judgment that Facebook Inc. (Facebook) may be subject to the extra-territorial provisions of the Privacy Act 1988 (Cth) (Australian Privacy Act) - a signal that other overseas entities (including New Zealand agencies) could also potentially be caught by the Australian legislation in specific circumstances.

While it is important to note that the Australian federal court decision was a procedural decision, the judgment is useful for two reasons:

What did the Australian court decide?

The federal court held that, through Facebook's installation of cookies on Australian users' devices, it was carrying on business in Australia under section 5B(1A) of the Australian Privacy Act.  This was because:

Notably, it was not determinative that the following traditional indicia of business presence did not apply to Facebook's operation in Australia: physical presence, commercial contracts, employed personnel, paying customers, or direct derivation of revenue.  The court felt that this was "not an overly useful observation in the present context because it does not engage with the consequences of the two attributes it does actually have in Australia" [85], being (1) the installation and removal of cookies on devices of Facebook users and (2) managing the provision by Australian developers to Australian users of the Facebook log-in API.

A warning for New Zealand organisations

The ramifications of this decision for overseas businesses that engage with Australian users over the internet have not yet crystallised.  Regulators in Australia may wait for the facts to be considered at a full trial before applying the court's reasoning to other contexts, and the court disagreed that its decision would beleaguer the Australian legal system with "the menace of opened floodgates" [75].

The judgment gave particular attention to the centrality of cookie data to Facebook's core revenue-generating operations.  Not all businesses that collect data through cookies will have the same link between their data collection and their commercial activities, and the court was careful to warn against assuming a "one-size-fits-all" approach [75].

This analysis may narrow the scope of how this decision could be applied in other Australian cases.  However, the decision warrants some caution from New Zealand operators that are collecting and processing data of people in Australia through the use of cookies.  If the data your business or organisation collects through the use of cookies installed on Australian devices is integral to the nature of your revenue-generating activities (whether in Australia or elsewhere), then the court's decision signals that your business may be subject to the Australian Privacy Act.

A reminder of the NZ Privacy Act's extra-territorial jurisdiction

The equivalent provision in the NZ Privacy Act (section 4(2)(b)) states that the Act applies to "an overseas agency (B), in relation to any action taken by B in the course of carrying on business in New Zealand in respect of personal information collected or held by B".  If the New Zealand courts take the same approach as the Australian court, then the installation and use of cookies on user devices located in New Zealand could be regarded as within "the course of carrying on business in New Zealand", and the NZ Privacy Act would apply to those overseas agencies in respect of those actions.

As noted above, the Australian judgment was procedural - it was not a full trial on this point but rather a determination that a prima facie case exists.  We will await with interest further developments at full trial.  This may occur in the United States.

The United Kingdom (UK) is revising the laws that apply to Government agencies' procurements.  While the UK's proposed approach has si…

Buddle Findlay is pleased to announce as of 1 January 2022, three staff have been promoted to senior associate; Libby Cowper, Maria Cl…

Cookies of the digital variety are increasingly prevalent, with most websites using some form of cookies to track and process informat… 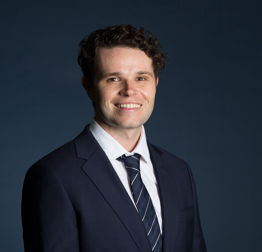