Social and cultural framework relevant to interpretation of business relationships

A recent decision of the Supreme Court signals a welcome shift to ensuring that the courts better meet the needs of an increasingly diverse New Zealand.  In Deng v Zheng [2022] NZSC 76, the Court has held that the courts can, in appropriate cases, consider evidence about the social and cultural framework of the parties involved.

The proceeding raised two issues related to the background of Messrs Zheng and Deng.  The first arose out of the use of Mandarin in their interactions and business documents.  In particular, whether the meaning to be ascribed to 公司 went beyond 'company' and could extend to 'firm' or 'enterprise'.  The second was the significance of 关系 (guānxi), a term understood as a set of personal connections which an individual may draw upon to secure resources or advantage when doing business (among other definitions).

Mr Deng and Mr Zheng had a working relationship between the late 1990s and 2015.  The proceeding concerned the nature of their business relationship.  Mr Zheng asserted that the relationship was a partnership.  Mr Deng contended that there was no overarching partnership and that projects between them were carried out through companies which the men had interests in.

In the High Court, Mr Deng was successful, with Downs J concluding that there was no partnership.1  The Court of Appeal disagreed and concluded that the relationship had been a partnership and granted relief to Mr Zheng.

The Supreme Court held that the relationship between the parties was consistent with guānxi concepts: in particular, the apparent significance to them of the family relationships and pre-existing friendships in terms of whom they did business with and the relative dearth of formal agreements.

While the Court held that the relationship between the parties as a partnership was clear from the contemporaneous documents, it noted that in other cases the social and cultural framework of the parties may be of greater significance.  In such cases:

The Court considered that it was well-known that guānxi often governs the way Chinese people do business and that there is an associated tendency for Chinese people to rely on personal relationships, mutual trust and honour more than on written contracts.  However, it should not be assumed that this is so with all Chinese people and judges are required to take care when employing general evidence about social and cultural frameworks.

The Supreme Court also observed that cases which involve parties of different cultural backgrounds are common to New Zealand courts and are likely to become more common.  Judges should approach such cases with caution and actively consider what should be done if a cultural dimension to a case presents itself.

Kia ora tatou Since our last newsletter, Russia's war in Ukraine rumbles on, domestic inflation hits new highs and there are signs of…

No waiver and no oral modification clauses - are they worth the paper they're written on?

In March we ran a webinar on ICT project failures.  During the webinar we noted how, in almost every ICT project dispute we see, one o… 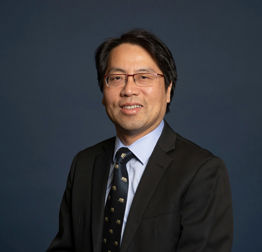