The case of Body Corporate 378351 v Auckland Council concerned a strike-out application by Auckland Council of a claim for alleged structural and fire defects to a development known as the Washington Apartments (Apartments). This case establishes that s 37 of the Weathertight Homes Resolution Services Act 2006 (WHRSA) only applies to weathertightness defects and does not extend the limitation period under s 393 of the Building Act 2004 (Building Act) for non-weathertightness defects.

In this case, the Council had issued building consents for the Apartments, carried out inspections of the building work and issued a code compliance certificate (CCC) confirming the Apartments met the Building Code requirements. For the purposes of the limitation defence, the Council's last relevant act or omission was issuing the CCC on 17 May 2007.

The Body Corporate applied for an assessor’s report on 11 July 2013 under section 37 of the WHRSA after contending that the building work was subject to weathertightness defects. On 15 January 2014, a WHRS assessor issued a report identifying only weathertightness defects. The report's findings confirmed the Body Corporate had an eligible claim under the WHRSA.  No structural or fire defects were known about at this time, but were discovered subsequently.

Under s 37, an application for an assessor’s report has the same effect as filing court proceedings for the purposes of the Limitation Act 2010. The application for an assessor's report stops time running for limitation purposes, not only in respect of claims that proceed under the WHRSA, but also for all subsequent court proceedings relating to weathertightness issues. The courts had not previously considered whether s 37 stops time running for claims to recover damages for non-weathertightness defects.

The Body Corporate sued the Council in relation to the weathertightness defects in 2018. The allegations over the structural and fire defects were not added to the claim until 12 April 2019 – outside of the 'longstop' 10-year limitation period in the Building Act.

The Council argued that the Body Corporate's claims in respect of the structural and fire defects were out of time under the 'longstop' 10-year limitation period under section 393 of the Building Act.

The Body Corporate claimed that section 37 of the WHRSA ‘stops the clock’ for the purposes of the limitation defence on all claims relating to the Apartments, irrespective of the nature of the defects and whether the claims were known or unknown at the date of the assessor’s report.

In its strike out application, the Council argued that:

The Court found that:

The judgment has clarified that s 37 does not stop the clock for claims related to acts or omissions which have not caused or contributed to water penetration.  The purpose of s 37 is not to protect all potential legal claims relating to the dwelling from the expiry of the limitation period after the date the owner applies for an assessor's report. Section 37 will only operate to protect claims concerned with weathertightness defects that cause water penetration into the home. It cannot be relied on for other types of claims. 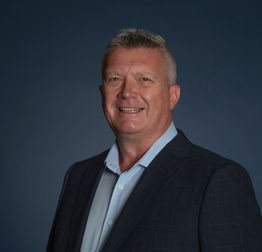