Buddle Findlay was pleased to be able to support Payments NZ's The Hub Series on Wednesday 28 July 2021.  Session 2 of the series focused on the technologies that are shaping the future of payments and was an excellent example of Payments NZ's ongoing role in payments thought leadership.

At this session we heard from Melissa Clark-Reynolds, a futurist, giving insights on some of the technologies and business trends that are disrupting the payments industry, a panel that discussed how existing technologies were evolving to meet new customer needs and expectations and Minister Clark talking about the Government's role in developing the digital economy including payments related reforms.

Clark-Reynolds explained that the technologies that will disrupt the payments industry already exist.  New business models are what will change the way we pay, and we can already see examples of these gaining traction in the market, including:

Clark-Reynolds described the standard response of the establishment to disruption, noting that it first reacts to by "pointing and laughing", then moves to "regulate and sue" (increasing barriers to market entry) and then enters the final phase of "flee, partner or acquire".  Internationally we are already seeing banks and other major financial institutions partnering with and acquiring disruptive payments businesses, though this is not yet as prevalent in New Zealand.

The panel discussed a range of existing technologies and how they are shaping the payments industry through their application to new use cases and meeting the changing needs of their customers.

Internationally, bank APIs have been a major game changer in the payments industry.  Disintermediation from traditional payments infrastructure has increased innovation and has enabled real time payments, which customers are coming to expect.  APIs, unlike screen scraping, are a relatively secure means of accessing accounts and allow for appropriate informed consent to account access for individual or recurring transactions.

Tokenisation is being used to enable existing infrastructure, such as card numbers, to be used in new ways.  Card schemes can help their corporate clients to securely share credit cards with multiple users by providing single-use tokens for individual transactions, removing the need to share credit card details and also allowing tokens to be linked to replacement cards, enabling a seamless transition to replacement cards, which might have previously resulted in regular payments being terminated.

Payments innovations are becoming crucial for organisations outside the pure payments industry.  Service providers, like Uber, are now expected to integrate payments seamlessly into their overall service.  Payments providers with merchant customers must now focus on how their products can improve the user experience of the ultimate consumers.  Payment gateway technology is making it easier for merchants to be paid in multiple countries, through multiple channels.

Minister Clark spoke about the Government's own digital strategy, which will be built around three central pillars:

Minister Clark saw payments as an important contributor to this along with the work the Government was doing on e-invoicing.

Minister Clark spoke about the Government's role in enabling new business models in New Zealand's payments industry and explained how the pipeline of regulation seeks to do this by allowing consumers to access and use their financial data on their terms.  Current areas of focus for the Government include digital identity trust framework, the consumer data right and retail payments regulation.

The payments industry in New Zealand is largely self-regulated but as disruptive business models are building momentum in the global market, we are starting to see New Zealand move towards the "regulate" phase described by Clark-Reynolds.

The Financial Markets Infrastructure Act, the interchange/retail payments regulation and the proposed consumer data right legislation is amounting to an unprecedented level of regulation for the sector.  Increased focus in this area is only likely to continue as regulators look at buy now/pay later models, challenges and costs with subscription models and the speed at which fintechs can go from "to small to care" to "to big to fail".

Feel free to contract members of our payments team to discuss how these changes could affect your business.

Current status On 1 October 2020, the Reserve Bank of New Zealand (Reserve Bank) formally relaunched its review of the Insurance (Pru…

Current status On 7 July 2021, the Reserve Bank of New Zealand (RBNZ) announced that it would conduct a series of public consultation… 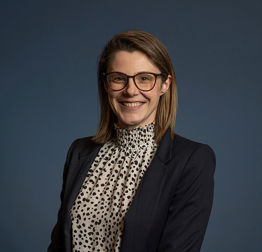