The Government has published the COVID-19 Response (Further Management Measures) Legislation Bill (the Bill), an omnibus bill containing amendments (both temporary and permanent) to several acts.  These amendments aim to both assist organisations in effectively managing the “immediate impacts of the response to COVID-19”, as well as mitigating some of the pandemic’s “unnecessary and potentially longer-term impacts on society”.  The Bill is being considered by the Epidemic Response Committee and was reported back to the House on Tuesday 12 May 2020, and is likely to pass into law shortly thereafter.

A significant feature of the Bill is its proposed changes to the Companies Act 1993 (the Act), directed primarily at enabling companies (as well as other entities) to continue functioning through the period of extreme economic uncertainty wrought by the pandemic.

The Bill also makes several adjustments to other insolvency legislation, to ensure that the provisions adjusted are better suited to accommodate the solvency issues faced by many New Zealand businesses as a consequence of COVID-19.

This article addresses the Bill’s proposed changes to insolvency legislation, and the practical implications that these changes will have for boards navigating their businesses through these uncertain times.  In brief, the changes are:

The Bill introduces a new process for businesses and other entities to postpone some or all of their debts for a limited time.  BDH will allow struggling entities to propose an arrangement with creditors that is intended to provide a breathing space to recover from the economic effects of COVID-19 by protecting entities from creditor actions for an agreed period of up to six months.  Importantly, the BDH process does not permit a compromise with creditors, although agreed subordination does not appear to be excluded.

Key features of the new process are:

Overall, we consider BDH in form proposed in the Bill to be an overly complex process given that it is intended to be used by entities without the need for professional assistance. It is also of limited use to debtor entities, because they can only postpone their debts and then only for up to six months. The primary benefits of the process are the statutory and contractual moratoria. It seems likely therefore that entity boards may use it as 'springboard' to a full creditors' compromise. Part 14 of the Companies Act is of an elegant simplicity and suffers mainly from a lack of pre-compromise moratorium. This could easily be remedied by Parliament and would provide a longer term benefit to struggling companies than BDH.

The Bill introduces a safe harbour for directors at risk of breaching the insolvent trading provisions under sections 135 and 136 of the Act.  Those sections provide that a director cannot allow for a company to recklessly trade (section 135), or incur obligations it is unable to meet (section 136).  In the current environment, those provisions can inhibit the ability of directors to make necessary decisions on whether to continue to trade, given the difficulty in predicting how economic circumstances might develop going forward.

Accordingly, with limited exceptions the Bill grants a "safe harbour" to directors of companies from the insolvent trading provisions when their business has been affected by COVID-19.  Where, between 3 April 2020 and 30 September 2020 (known as ‘the initial safe harbour period’) a director has:

that director will have safe harbour from the insolvent trading provisions, if at the time of making the relevant decision they believed in good faith that:

When assessing the company’s future ability to pay its due debts, a director may have regard to any matters they consider relevant.  These might include the likelihood of trading conditions improving, or the likelihood of the company reaching a compromise (or other arrangement) with its creditors.

Safe harbour is not available to directors of all companies.  Only directors of companies that were able to pay their debts as they fell due in the normal course of business as at 31 December 2019, or of companies that were incorporated between 1 January and 24 March 2020 (dates inclusive) qualify for protection.  It is also unavailable to directors of registered banks, licensed insurers, non-bank deposit takers, and qualifying counterparties under the Reserve Bank of New Zealand Act 1989.

These changes will give comfort to directors seeking to continue trading without a heightened risk of personal liability.  The following considerations will be relevant to directors who may later rely on the safe harbour:

The Bill has also introduced, in a modified form, changes to the suspect periods for insolvent transactions and voidable charges which were previously signalled in a Cabinet Paper from November last year (see our legal update on this).

Currently, insolvent transactions and voidable charges which are entered into in the two year period prior to liquidation, at a time when the company was insolvent, may be set aside by a liquidator.  The amendments provide that insolvent transactions (under section 292 of the Act) and voidable charges (under section 293 of the Act) may only be challenged by a liquidator where the transaction occurred, or the charge was granted:

‘Related party’ is a new term in the Act and is defined exhaustively by the Bill.  It includes a broad range of possible connections to the company for the counterparty, both familial and commercial (such as a director, a shareholder, or a ‘close business associate’).

These amendments will apply in respect of liquidations which commence after the date that the amendments come into effect.

The Bill extends various timeframes under the PLA to accommodate the likely increase in mortgage and rental defaults that will be caused by COVID-19, and to therefore provide mortgagors and tenants with more time to remedy those defaults.  Specifically:

These extensions are drafted to reach back to 1 April 2020 and apply to enforcement action and legal proceedings that have been attempted since that date.

Electronic execution of deed that creates power of attorney

The Bill provides for the temporary application of the provisions (under the Contracts and Commercial Law Act 2017) which allow for the electronic execution of documents, to any deed that creates a power of attorney in connection with a security interest.  This will allow secured lenders and borrowers to execute by electronic means security agreements which contain (as is typically the case) a power of attorney clause in their terms.  This change will apply for six months from the date that the change comes into force, unless extended by Order in Council.

Delay of the implementation of the insolvency practitioner reform legislation

To avoid the creation of additional uncertainty during COVID-19, the Bill has delayed the implementation of reforms to the Insolvency Practitioners Regulations Act 2019 and the Insolvency Practitioners Regulation (Amendments) Act 2019 (as referred to in our August 2019 legal update).  While the reforms were previously going to come into force on 17 June 2020, this will now not occur until 1 June 2021.

On 15 April 2020, the Government announced proposed changes to the Property Law Act 2007 (PLA).  These changes are intended to apply r… 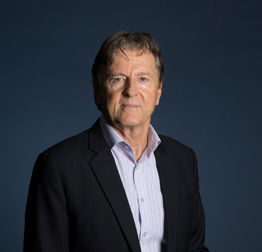