The Government has today released a discussion document on a proposed new National Policy Statement on Urban Development (NPS-UD).  The new NPS has a particular focus on the six major urban centres of Auckland, Hamilton, Tauranga, Wellington, Christchurch and Queenstown, which are all experiencing high growth.  The NPS is one part of the Government's Urban Growth Agenda.  The stated aim of that Agenda is to remove unnecessary restrictions on development, and to allow for growth 'up' and 'out' in locations that have good access to existing services and infrastructure.

The new NPS-UD is intended to replace the existing National Policy Statement on Urban Development Capacity 2016 and to broaden its reach.  As with the existing NPS, local authorities for urban areas experiencing high growth will be required to produce Future Development Strategies and Housing and Business Development Capacity Assessments.  The new Future Development Strategy provisions are designed to achieve better spatial planning, including by identifying locations for future intensification, locations where urban development should be avoided, and infrastructure requirements to service that growth.

The NPS-UD also includes measures to support growth in existing urban areas by recognising that amenity values can change over time and enabling a range of dwelling types and locations.

The NPS-UD will sit alongside the NPS on Highly Productive Land, announced last week, and a future NPS on Indigenous Biodiversity.  The interaction between the three Statements will be of interest, in particular the balance to be struck between growth potential and protection of natural values.

The discussion document has been prepared by the Ministries for the Environment and for Housing and Urban Development.  The Government is calling for submissions which are due by 10 October 2019.

The discussion document can be accessed here.

Please feel free to contact a member of our national environment and resource management team if you wish to discuss the implications of this or would like assistance in preparing a submission. 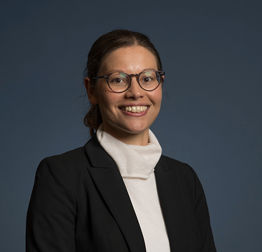